For our week in Utrecht, we stayed at an apartment in Zuilen, which is about 2.5km to the north west of the city centre. Our apartment was located directly on Amsterdamsestraatweg, which is one of the main routes into the city, particularly for cycling.

A recent addition to Amsterdamsestraatweg is the trial of a new traffic sign for cycles called Fietsflo. The sign is installed on the approach to the Marnixlaan junction as you head towards the city centre. The purpose of the sign is to get you to match your speed to the phase of the upcoming traffic lights, so you don’t need to stop. You can read more about this in The Guardian. Having gone through this junction quite a few times, I can say it was pretty effective.

While riding around Amsterdamsestraatweg, we noticed it was quite common to see cycleways blocked by motor vehicles. I know this is something that frustrates many people in the UK, including myself at times. I don’t know if it’s the abundance of good cycle infrastructure or the width of the cycleways, but it felt less of an issue.

During our stay, I took the opportunity to get out on the bike and have a ride round near where we’re staying. Starting at our apartment, I headed outbound along Amsterdamsestraatweg, before turning right along Sweder van Zuylenweg. This meant a change in the quality of cycling infrastructure, with protected cycleways giving way to door zone cycle lanes.

Reaching the roundabout at Burgemeester van Tuyllkade, things improve again. As typical for The Netherlands, the roundabout features separated cycleways, enabling people on bikes to navigate the junction safely away from motor traffic.

Things used to be very different here though. Before it was improved, this roundabout used to be part of everyone’s driving test and was the hardest in the city.

The protected cycleway carries on towards the junction with Marnixlaan. At this point, it’s bidirectional, wide, with a smooth surface. It makes for a very pleasant ride.

The junction at Marnixlaan isn’t quite as freshly surfaced as the Burgemeester van Tuyllkade junction, though it still features good levels of separation for cycles. The junction is signalled, with dedicated signals and phases for cycles. Looking at the junction in Google StreetView, you can see it used to feature bollards that have since been removed.

Continuing along Laan van Chartroise, it was back to door zone lanes. At this point I experience something quite common back in the UK, a car overtaking and making an immediate right turn in front of me. This is a good example of why it’s predominantly infrastructure that makes cycling safe and attractive in The Netherlands, not driver behaviour.

I next arrived at the junction of Omloop and Oudenoord, which is a good example of the Dutch approach to cycling infrastructure.

Not all roads have high quality, segregated cycleways. Certainly, in the suburbs, it tends to only be the main routes that do. Though when there isn’t segregated cycleways, there will often be protection for cycles at junctions, where it’s needed most.

This Dutch approach is the opposite to what we generally see in the UK. Here, cycleways are often added where they can accommodated easily. All too often, the protection disappears when you reach junctions, where it’s difficult and expensive to include.

As I carried on along Oudenoord, the theme continued with a mixture of segregated cycleways and painted cycle lanes. While riding along one of the roads with painted lanes, I experienced something very common in the UK, quite a dangerous close pass from a bus. Again, it’s the infrastructure that makes cycling safe in The Netherlands, not driver behaviour.

After looping round and heading back down Oudenoord, I took a left and headed along Ahornstraat, which features mostly segregated cycleways. Back at the Marnixlaan junction, there were families riding about, going about their business in the evening. Something that’s so normal here, but so unusual back home.

Riding along Marnixlaan, I was soon back at Amsterdamsestraatweg and at our apartment, where I finished for the evening. 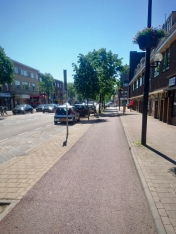 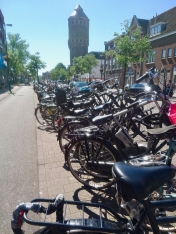 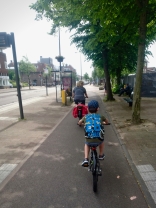 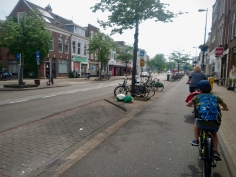 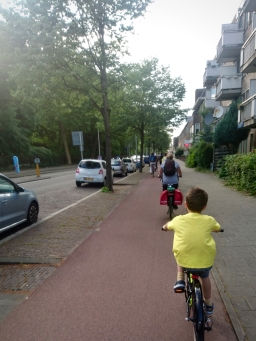 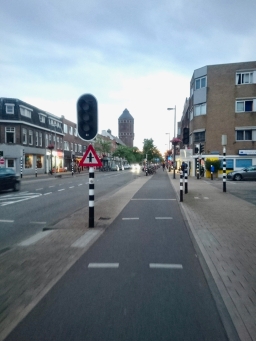 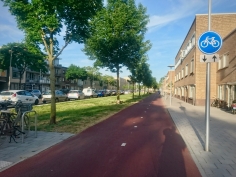 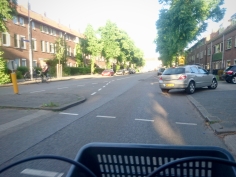 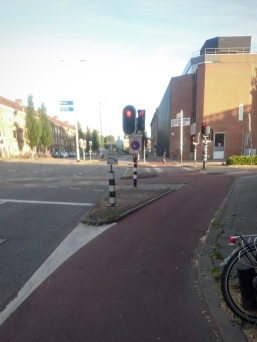 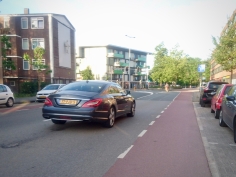 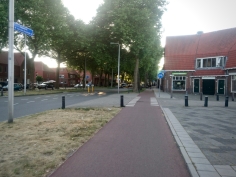 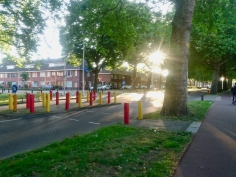 Back to part 5 – The route to Griftpark

Next to part 7 – The route to Wassenaarse Slag