It’s been a while since I’ve done an update on the Metrolink Trafford Park Line (TPL). I’ve generally avoided the area since work started on the TPL, as it’s been such a pain to cycle around there. It’s also not particularly safe or pleasant to cycle with the kids now, which is a shame as it used to be a relatively good way to get to Salford Quays.

Now the work is at a quite advanced stage, it’s possible to see quite how bad the TPL scheme will be for cycling. Hopes weren’t particularly high to start with, after the designs were published.

It’s worth remembering that much of the route in Trafford Park used to consist of dedicated protected cycleways. While these were quite dated and lacked priority over side roads. They were relatively safe and pleasant to use, even if they suffered from poor maintenance.

There’s still a large section of the existing cycleways at the point before the tram lines reach the road. They’re far from perfect and encroaching vegetation is often an issue, but they are relatively safe and pleasant.

Construction of the Wharfside tram stop is now largely complete and you can see the waterfront path running along the side of the tram tracks. This generally looks better than what it replaces. Though I am still concerned by how narrow some of the sections look in the designs, close to where the tram stop is.

Right now, the section between the Wharfside tram stop and Quay West is pretty inaccessible, due to the construction work. It looks like this is progressing at the same rate as the other sections, but it’s difficult to confirm.

Carrying on along Trafford Wharf Road, you reach the section where the tram line leaves the waterfront and continues along the road. At this point, the old cycleway finishes and the new patchwork of cycling ‘infrastructure’ starts. Yes, and the quotes are there because paint on the road isn’t infrastructure.

So the cycleway drops to carriageway level for an unprotected section across side turning. This isn’t good. The last thing people driving are expecting at this point is for cycles to be on the road.

Beyond the junction, there’s a pretty decent bus stop bypass. This is surprising, as it looks like it’s should be quite good when complete. We still need to see more forgiving kerbs being used in Manchester, but apart from that, it looks fine.

Beyond the bus stop bypass, you’re dumped back onto the road, across the entrance of another side road. So again, people on bikes are going to be exactly where drivers don’t expect them to be. This is just awful and likely to lead to collisions.

From there, you carry on along the road with no protection, just a white line. There’s enough space here to have included a protected cycleway, but TfGM just decided it wasn’t important. Indeed, they’ve used a significant amount of space to include a right turn filter to Quay West. Was that really necessary?

As you reach the corner of Warren Bruce Road, you arrive at what surely must be a candidate for Bollocks Infra before it’s even complete. Riding along, you’re expected to mount the shared use path just before the corner, then be dumped back on the road just after. Right into the path of any left turning vehicles. How that passed any safety audit, I don’t know.

Now at this point, it’s worth remembering what Warren Bruce Road used to be like. Along its length there was a bidirectional protected cycleway, which when it wasn’t blocked with match-day parking, was pretty good.

This has been replaced with a painted cycle lane on the southbound side and a ‘hybrid cycle lane’ on the northbound side. So, no protection on one side, and minimal protection on the other side. Though I expect these will end up as unofficial parking bays most days.

At the end of Warren Bruce Road, you’re forced back onto the shared use path at Village Circle. There’s another section of really badly laid corduroy Paving, which is used liberally along the route. While the finish might be improved, my experiences of the Stretford Cycleway mean I wouldn’t count on this happening.

Village Circle is a huge roundabout, with more than enough space to include dedicated protected cycleways, particularly with all the work that’s been carried out to run the tram lines through here. Unfortunately, it’s more shared use paths and multiple traffic light stages to negotiate. Parkway Circle just down the road gets similar treatment.

This really is quite terrible and clearly demonstrates TfGM’s attitude to cycling, some way in the distance behind Metrolink and cars when it comes to priorities.

This is just a small section of the TPL, I hope to take a look at how the other sections are progressing at some point too. Though judging by what’s in the designs, expect the rest of the route to be of a similar, poor standard. Overall, a confused mess.

The TPL scheme predates Chris Boardman’s plans for Beelines (now Bee Network), which explains why it’s so poor. I had hoped his team could have had some influence at a late stage to improve things, but that hasn’t happened.

Hopefully, with Chris’ influence. Any future Metrolink extensions TfGM will treat cycling with more priority that they ever have in the past. Though I wouldn’t say that’s guaranteed. I’ve yet to see anything coming out of TfGM that I’d consider up to Bee Network standard. 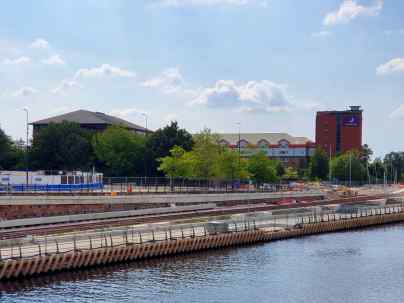 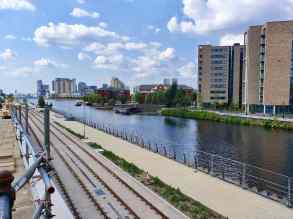 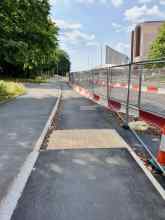 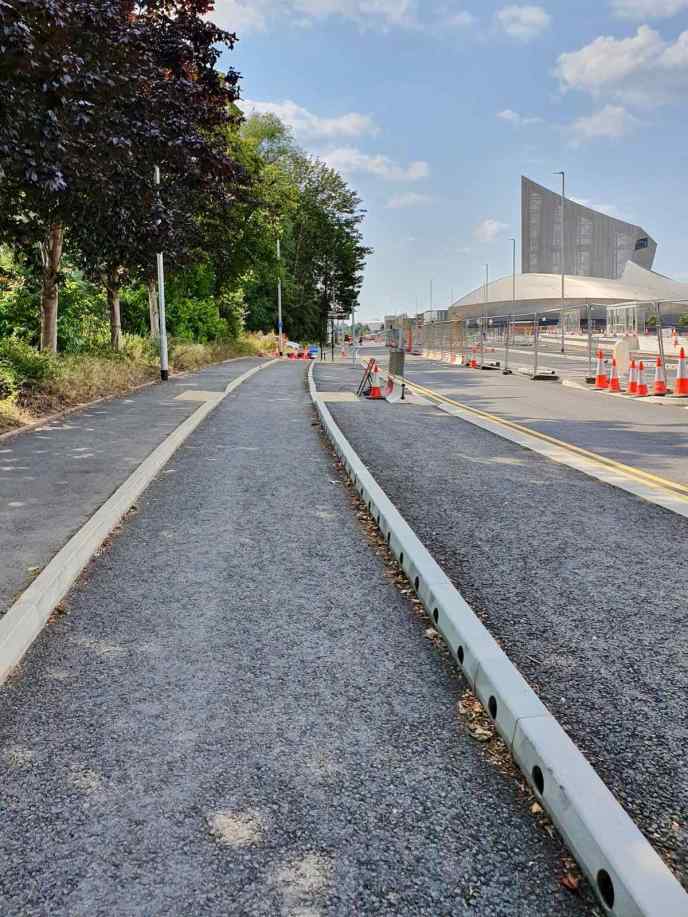 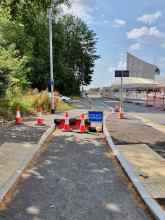 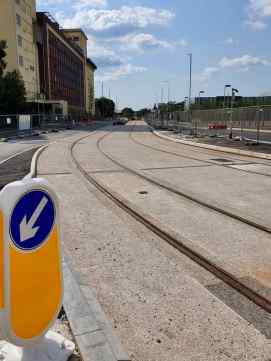 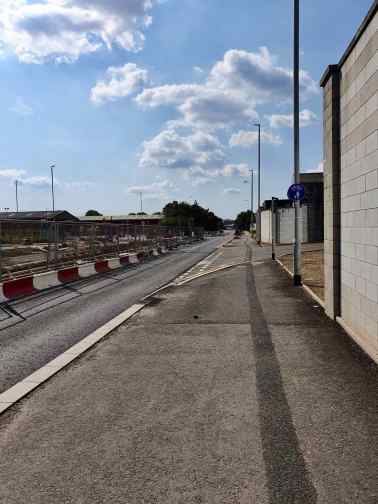 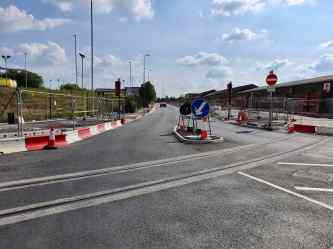 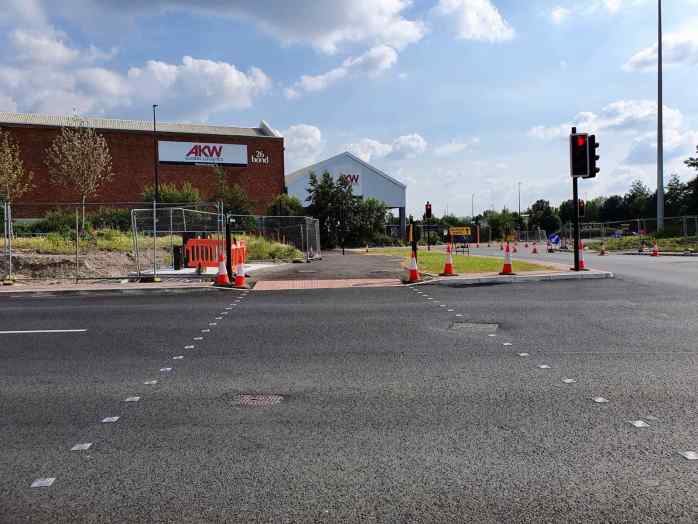 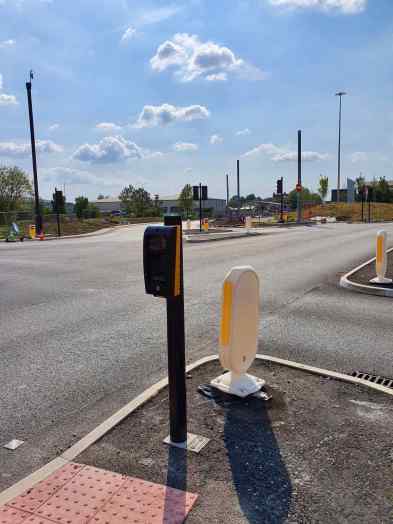 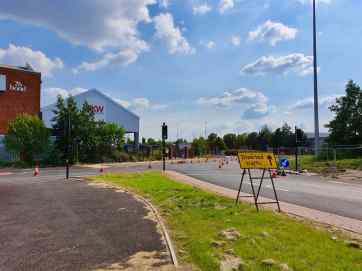 View all posts by Dom