The route initially involved getting out of The Hague. Fortunately, this meant using the excellent segregated path along the S100, past Haagse Bos and towards Scheveningen. Once at the S200, the route headed in the direction of Oostduinen, along Pompstationsweg. There’s no dedicated cycle along here and the road was mostly quiet, but there was the odd bus passing by.

At the end of Pompstationsweg, we reached the North Sea Route (Noordzeeroute). This is the start of a rather nice paved path that took us through Oostduinpark, past Scheveningen Prison (Pi Haaglanden) and Pompstation Scheveningen.

At the time of passing, we didn’t realise the significance of Scheveningen Prison in relation to the International Criminal Court. More details can be found on the profile page on the BBC website. Although the tower at Pompstation Scheveningen dates back some time, the pump station is still in active service today.

Beyond Pompstation Scheveningen, as we rode further into the dunes, the North Sea Route started to meander and there was what passes as hills in these parts. This continued until we reached the Fletcher Hotel Restaurant Duinoord. At this point, we turned left onto the path from Wassenaar to reach Wassenaarse Slag.

As with most of the beaches we’ve been to in The Netherlands. Wassenaarse Slag is a lovely, clean beach, with tons of bike parking and is a great place to spend the day if you’re lucky enough to get a bit of sunshine. 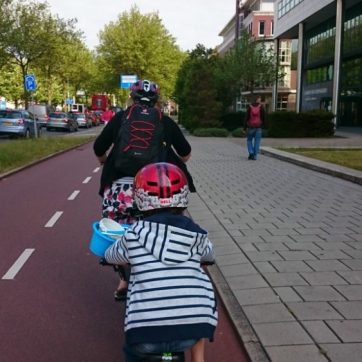 Heading along the S100 towards Scheveningen 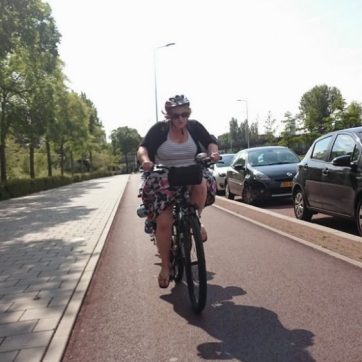 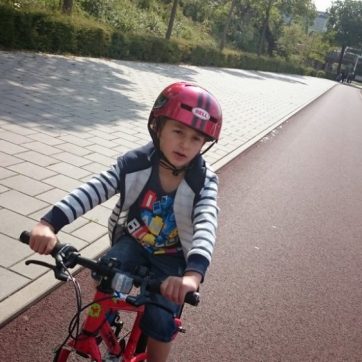 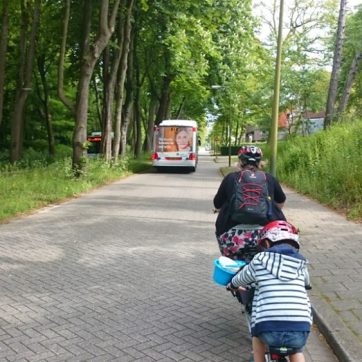 Along Pompstationsweg, mostly quiet, but with some large vehicles passing 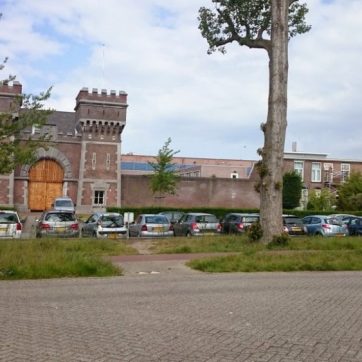 Heading towards Pompstation Scheveningen on a very nice paved path

Heading into the dunes, footpath on the left, cycle path in the middle and bridleway on the right

After a lovely day at the beach, it was getting late. So we decided on a longer, but more direct route down the N44 to get back to The Hague. Initially this meant riding through Wassenaar on quiet roads, but all with high quality segregated paths.

The N44 is a four lane dual carriageway, linking The Hague with Wassenaar. If this was the UK, we’d expected to ride on a dual carriageway like this. But fortunately, this is the Netherlands, so there’s a cycle path running the length of the route, completely separate to the road. As we get close to Haagse Bos, we take the left turning in a tunnel under the N44 and into the forest.

We head into Haagse Bos down one of the cycle routes, there’s both cycle and walking routes through the forest. Once through Haagse Bos and we’re back in The Hague. From there, it’s past Den Haag Centraal and we’re back at our apartment, after a long, fun day in the sun. 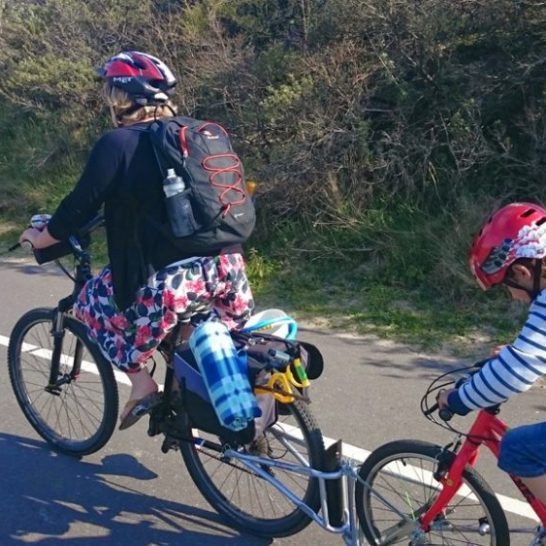 In the dunes, heading for Wassenaar

The eldest taking a break

The cycle path alongside the N44

Back to part 1 – Around The Hague

Next to part 3 – Around Duinrell

View all posts by Dom

5 thoughts on “Netherlands 15: The route to Wassenaarse Slag”